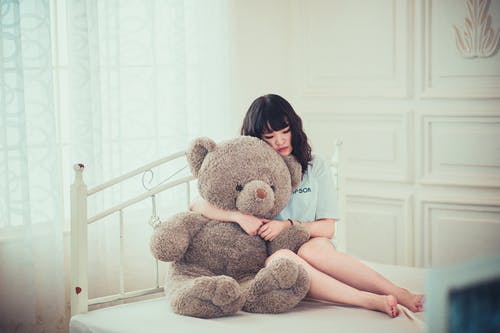 Some phobias are so specific and common that they have special names: Arachnophobia and claustrophobia come to mind. Any phobia can have a powerful and far-reaching impact in limiting a person’s life. In particular emetophobia can be crippling. I think about a woman in her early 20’s who had taken an extra year to graduate from college because she was so concerned that she would be sick one semester that she took a leave of absence from school. The problems continued when she graduated. She took a job at a small retail shop around the corner from her parent’s house so she didn’t have to drive to work and could leave easily if she thought she was going to vomit. During college she had a therapist who tried to tell her it was no big deal to vomit when you were driving, and told her a story about how she herself had once vomited when she was driving. All that did was give this young woman another scary story to tell herself: “See, it really can happen!” I’m sure that was not the therapist’s intention! I wrote about her in another blog about emetophobia.

This young woman was profoundly limited by her emetophobia. Getting started in therapy was painfully slow, since she had such ridged beliefs about vomit. We did a lot of work on finding her motivation to get well, understanding how her brain was tricking her, and a lot of cognitive work bossing back the anxiety before we got to work on the first exposures – sorting my small cartoon vomit cards. Because we had laid the ground work with finding her motivation, once she started with exposures, she did terrifically! It was a very proud day when she came to see me at a new time in evening after her first day at a new, professional job she had to drive to go to. This client had set-backs, for sure, but she sent me a letter about two years after she finished therapy with me giving me an update. She had moved out of living with her parents, had been promoted, had an active social life, was able to travel and was dating someone special. Additionally, she had not taken a sick day from work unless she had a fever or was throwing up in a year. She thanked me for helping her get free from the grip of her terrible fear.

New Resources
Check out “How Raina Telgemeier Faces Her Fear” from the New York Times. A clinician I once trained sent me this article on emetophobia. What great resources! I am excited to share this article and book with a new client soon.